Home
Our Attorneys
Robert A. Kantas 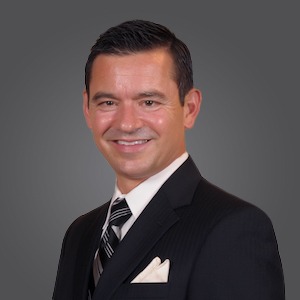 Robert Kantas, currently Of Counsel at Shepherd, Smith, Edwards, and Kantas, LLP, has been a steadfast advocate for investors rights for over 20 years, passionate and committed to holding financial institutions and their representatives accountable for their misconduct, faulty products, and bad acts that have an adverse impact on the financial security of investors. While a Partner, prior to becoming Of Counsel, Mr. Kantas maintained a robust international securities arbitration and litigation practice, recovering millions of dollars for defrauded investors across the U.S. He has and continues to represent individual and institutional investors in various securities-related investment disputes. Most notably, Mr. Kantas served as lead counsel in the representation of five Wisconsin School Districts on a $200M collateralized debt obligation/credit default case, which was widely reported both locally and nationally by several news agencies and media outlets such as CNN, The New York Times, National Public Radio, and the Milwaukee Journal Sentinel.

Throughout his career, Mr. Kantas has written and taught extensively on securities arbitration and broker/customer disputes. He is frequently consulted for his vast experience and depth of knowledge on securities-related matters by his colleagues, attorneys, and other professionals working with wronged investors.

Prior to becoming an attorney, Mr. Kantas served in the United States Air Force for over ten years. As his children are grown and have started their own families, Robert and his wife enjoy traveling the world together.

Client Reviews
★★★★★
"I am going to miss conversations with you, Sam Edwards. You’ve been a wonderful lawyer and a friend. I loved learning legal jargon from you. But, even more, it is your self-respect and commitment to your position that I admire and your persistent patience-your equanimity. With great appreciation, thank you!" M.B.
★★★★★
"My experience with Ryan Cook has been very positive. Through every step of the litigation he explained what to expect to happen. When I spoke with him later he reviewed the process. He was very patient, and I never felt rushed. I have already told friends how wonderful he is." L.R.
★★★★★
"I want you to know that I very much appreciate your expertise, hard work, and guidance that led to a satisfactory resolution with Raymond James. From our first meeting, I felt "heard" and that my situation and story were respected. Every subsequent interaction I had with any of you - in person, via email, or by phone - only corroborated that feeling. What great work you do on behalf of people like me who have been wronged, yet don't know how to navigate the appeals/mediation/arbitration process as you do. I will be forever grateful." M.L.
★★★★★
"Good positive experience. Guided us through a difficult process and was pleased with the outcome. Everyone I dealt with was exceptional." A.G.
★★★★★
"Good intelligent attorneys who never miss a beat. I set my expectations high, and they delivered above and beyond. Do not miss the opportunity to let SSEK represent you. Top-notch, efficient and effective firm." S.M.
View More
Submit a Law Firm Client Review